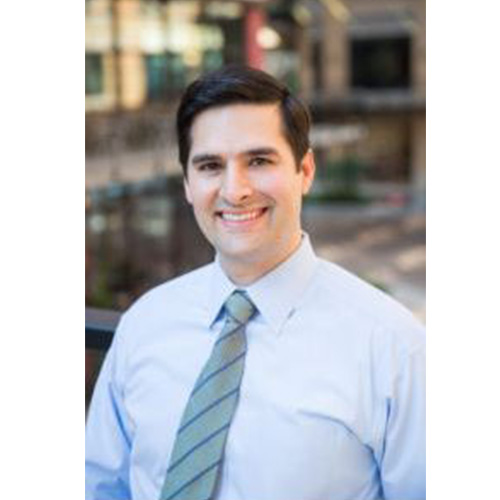 He pursued baseball in college, playing at Blinn College in Brenham for 2 years then transferring to Tulane University in New Orleans for 2 years.  In 2005 he was fortunate enough to play on a College World Series team that inevitably lost to the national champion Texas Longhorns.  From 2005-2007 he continued playing professional baseball for an independent league in the Midwest until retiring.

In 2007 Dr. Holland returned to school to complete his biology degree from Texas A&M University and subsequently received his DDS from UTSD-Houston.  Additionally, he obtained his MSD and Certificate in Periodontics from UTSD-Houston.  During periodontics residency with the help of his co-resident and faculty, he completed a research study entitled, “Influence of Platelet-Rich Fibrin on Post-extraction Alveolar Ridge Healing/Preservation: A Clinical, Radiographic, and Histological Evaluation.”  The study looked at using a patient’s own growth factors for hard and soft tissue healing in preparation for implants.  Also, Dr. Holland has passed the first part of the American Board of Periodontology exam and will be taking the second part in the spring of 2017 to become board certified.

According to Dr. Holland, the greatest pleasure of periodontics is having the privilege of helping people save teeth, improve the look and function of teeth, and provide options to maintain or improve quality of life.  He enjoys interacting with patients and supporting them to achieve their goals.

If he’s not in the office, you can find Dr. Holland with his wife, Elise, spending time outdoors, catching a game, traveling, or visiting with friends and family.  He and his wife are excited to be a part of the Katy family and look forward to raising a family of their own in the warm, friendly confines of the Katy community.